Tony Conrad is an American avant-garde video artist, experimental filmmaker, musician/composer, sound artist, teacher and writer. He was one of the earliest performers at The Kitchen after its opening in 1971. Most recently, Conrad performed at The Kitchen in 2011, during the "Pioneers of the Downtown Sound" which featured the music of Tony Conrad, Pauline Oliveros, Joan La Barbara, Laurie Spiegel, and Rhys Chatham. Conrad returned to The Kitchen’s stage and performed the now canonical experimental music pieces he and the other artists debuted at The Kitchen in the 1970s. For more information, please visit: http://tonyconrad.net/ 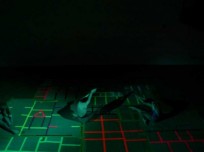 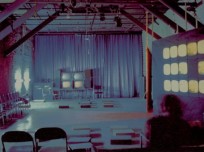