Ned Sublette is a composer, musician, musicologist and writer who performed at The Kitchen often at its Soho location. With a background in Spanish classical guitar, his music performances ranged from more traditional country western songs with the Southwesterners, an amateur band from Sublette’s home town of Portales, New Mexico, to compositions by John Cage and La Monte Young, and collaborations with Glenn Branca, Rhys Chatham, and Alvin Lucier. He was also part of the Five Generations of Composers festival in 1991, and most recently performed at The Kitchen in 2011 as part of Aluminum Music. 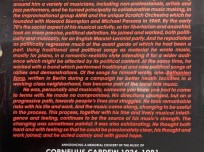 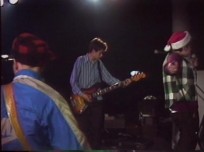