Vito Hannibal Acconci (1940-2017) was an American artist whose practice ranged from poetry, performance, film, video, installation and public art. Throughout his almost six decade career Acconci’s art practice focused on the distinction between public and private space. For Acconci, the dichotomy of space was a social construction; most of his work reflected this idea by blurring the conventional relation between viewer and object. Often his video and performance work would transgressively use components such as the voice and certain gestures to assert power over a space, instructing the visitor on how to perform. Acconci first exhibited at The Kitchen in 1976 with a site-specific, 3-part installation, Acts of Omission. The exhibition reflected Acconci’s preoccupation with the idea of space, and how the body moves in it. At the Kitchen, in 1977, Acconci debuted The Red Tapes, a 3-part epic on video that explores the presentation of the self as it moves through different cultural landscapes. Throughout the 1980s, Acconci screened some of his early film works, and exhibited new site-specific installations for The Kitchen’s SoHo space (1973–1985) at the corner of Wooster and Broome streets. He participated in symposia and other talks at The Kitchen, both screening and discussing his practice, for instance in Television, Society, Art (1980). His last performance at The Kitchen was in 1990, Women’s Business. The piece in collaboration with American composer Arto Lindsay was performed three times. In his late career, Acconci shifted his attention towards his architectural practice, Acconci studio, producing public art. For more information, please visit: http://www.vitoacconci.org/ 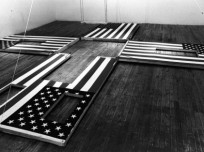 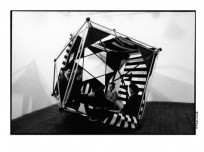