Jeffrey Lohn is a New York based conceptual artist, classically trained composer, and guitarist. Inspired by the explosion of punk rock in New York, Lohn and Glenn Branca formed the no wave band, Theoretical Girls that performed at The Kitchen in 1978. Lohn presented his own compositions at The Kitchen throughout 1979, several of which were conducted by composer Julius Eastman. That same year he also took part in the monumental New Music, New York festival. 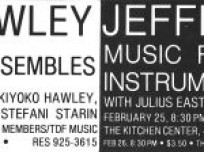 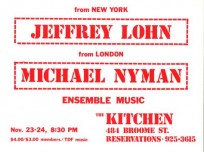