Lucinda Childs is a dancer, actress, and choreographer. After studying under Hanya Holm, Helen Tamiris, Bessie Schonberg, and Merce Cunningham, Childs became an original member of the Judson Dance Theater in the 1960’s and an early contributor to the Kitchen, where she began to experiment with her own movement style. Her work is known for its spatial awareness, technicality, and intricate repetition of seemingly simple combinations. Childs has collaborated with other artists including Sol Lewitt, Robert Wilson, and Philip Glass. Since 1992 Childs has worked primarily in opera as a director and choreographer, while also creating works for renowned international ballet companies. In 2002 The Kitchen celebrated her history with the institution with Lucinda Childs: Solos, an evening-length performance that included excerpts from Dance (1979) and White Raven (1998). Dean Moss, former dance curator of the Kitchen, said of Childs, “It’s so clear to me that [the Kitchen] owes a great debt to and, in fact, is defined by artists like Lucinda Childs.” For more information please visit http://www.lucindachilds.com/ 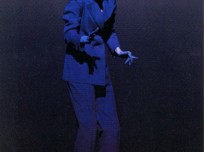 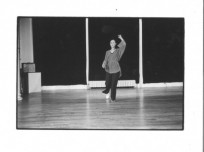