The installations of German conceptual artist Hans Haacke (1936 - ) attempt to capture the mutability and interrelations that exist within various types of systems. Following the sympathies of the international art group Zero, of which he was an active member between 1957 and 1966, Haacke's early career focused on metaphysics and the relationship between man and nature. Since the late 1960s, Haacke has distinguished himself in the realm of institutional critique by revealing the intersections of art with political and economic concerns.In 1980, Haacke participated in The Kitchen's panel series on “Television, Society, and Art” during which he spoke on the idea of television as art form in a modernizing world. 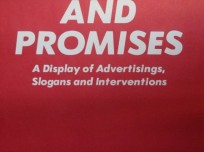