Yasunao Tone is a Japanese composer, artist, and theorist, whose work centers on the nexus between language and sound, and the analog, digital and immersive apparati through which these concepts are articulated. He was part of the pioneering experimental music collective Group Ongaku, with members, Takehisa Kosugi and Shukou Mizuno. In 1962, Tone was a founding member of the Japanese branch of Fluxus, where he was involved with social interventions of the Hi-Red Center and Team Random. Moving to the United States in 1972, he began collaborating on scores with Merce Cunningham. In the late 1990s, Tone started developing ‘paramedia art,’ a term he uses to express the transverse, and often aggressive, relationship between his artworks and their modes of production. He first performed at The Kitchen in 1979, and has appeared here throughout his career—most recently his work was featured in The Kitchen’s 2007 exhibition Between Thought and Sound: Graphic Notation in Contemporary Music. For more information please visit: https://www.foundationforcontemporaryarts.org/recipients/yasunao-tone 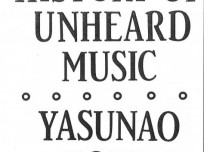