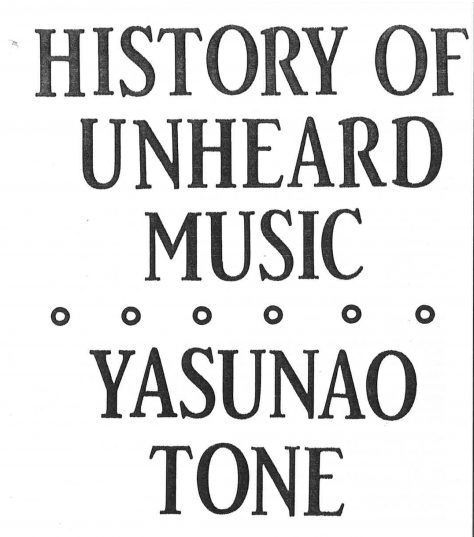 On January 25, 1989, The Kitchen collaborated with Roulette Intermedium Inc. for the concert "History of Unheard Music" that featured three solo works by Yasunao Tone.  "A Song" (1986), performed by Tone, was based on a poem by Nam June Paik entitled "Tanka Issyu." "Music For C.D. Players" (1986), was a random composition arranged by Tone, whereby he altered the pulse code of 7 disks that were then played back on CD players. "Molecular Music" (1982-87) was an excerpt of an of an audio-visual piece that Tone created, where he transformed ancient Chinese characters into an accumulation of images that were projected onto a screen equipped with photo-sensitive oscillators which created electronic music.