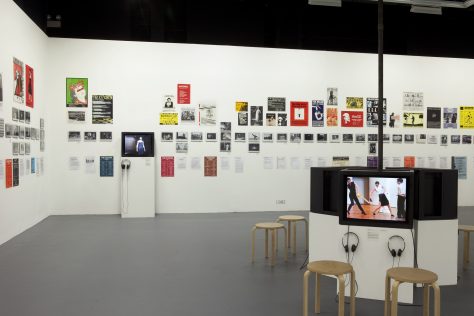 View From a Volcano: The Kitchen’s Soho Years, 1971-1985 was an exhibition featuring video, audio, and print documentation of The Kitchen’s first fifteen years in SoHo before its move to Chelsea. It was curated by Debra Singer, Matthew Lyons, and Lumi Tan as part of The Kitchen’s 40th-anniversary season.