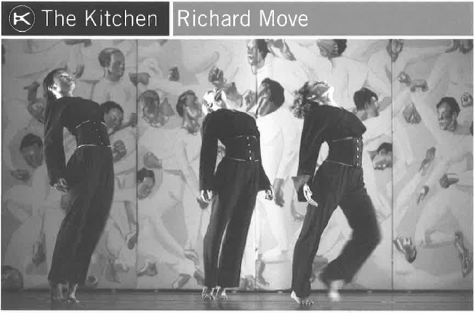 The Kitchen, in association with the Baryshnikov Dance Foundation and MoveOpolis!, presented the New York premiere of Richard Move's The Show (Achilles Heels), an inventive contemporary interpretation of the ancient Greek legend of Achilles. In this evening-length "dance-play," Move took a wild spin on the original story's themes of war, honor, loyalty, immortality, and fate, as he brought to the stage a radical convergence of dance, text, glamour, and reality television show antics.