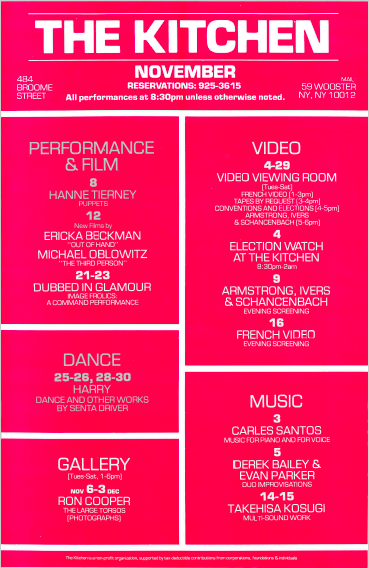 On November 3, 1980, pianist, composer, and filmmaker Carles Santos presented a concert of his piano and vocal works, in an event organized by Music Director George Lewis. In notes for the concert, Santos described his music as having a “sense of humor,” and stated that “I try to get the maximum expression utilizing the minimum elements.” This aim for grand expression with minimal instrumentation was met with various critical responses. The Village Voice review by Gregory Sandow recounted the audience’s favorable reception of Santos’s work, but the critic found Santos’s use of minimalist techniques such as repetition lacking.