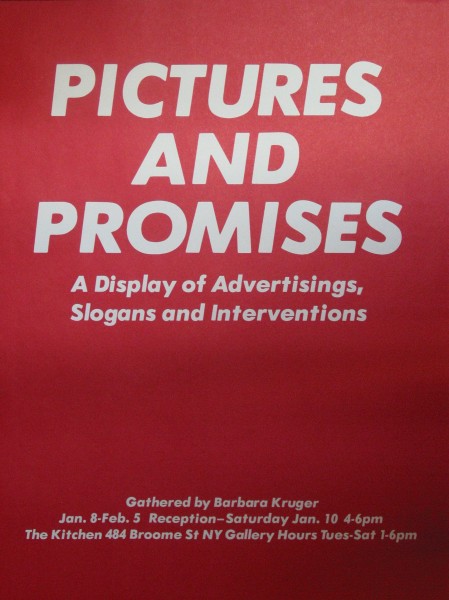 Pictures and Promises: A Display of Advertisings, Slogans, and Interventions was an exhibition curated by Barbara Kruger on display at The Kitchen from January 8–February 5, 1981, with an opening reception on January 10. The exhibition featured advertising in the form of newspaper ads, television commercials, posters, commercial photography, corporate insignia, and public signage—including advertisements from various companies such as Chase Bank, Campbell’s Soup, and Seagram’s—juxtaposed with work by artists such as Andy Warhol, Cindy Sherman, and Hans Haacke.

According to the press release, “the quotational qualities of these words and pictures remove them and their ‘originals’ from the seemingly ‘natural’ position within the flow of dominant social directives, into the realm of commentary.”