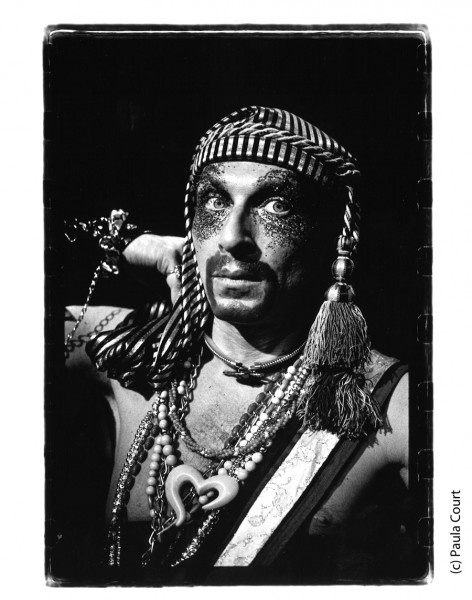 In 1993, The Kitchen gave a three-month artist residency to members of The Pomodori Foundation: Ron Vawter, Marianne Weems, and Gregory Mehrten. During this time the team worked on, among other projects, a benefit production of Roy Cohn/Jack Smith. This seminal production premiered at The Performing Garage in 1992. The benefit production at The Kitchen was filmed by Jill Godmilow.