Ron Vawter was an American actor and director. A founding member of The Wooster Group, Vawter appeared in most of their early work, and also performed in productions by Mabou Mines, the Performance Group, and Jeff Weiss. In addition to this experimental work, Vawter performed in several films, including King Blank, Philadelphia, The Silence of the Lambs, and Sex, Lies, and Videotape. Vawter is perhaps best known for his 1992 piece Roy Cohn/Jack Smith. Directed by Gregory Mehrten, this solo show explored sexual identity through the lives of two gay men who died of AIDS: Roy Cohn, the US attorney famous for his activity during the McCarthy hearings, and Jack Smith, an underground filmmaker and performance artist. This piece was filmed at The Kitchen in 1993 during an artist residency for The Pomodori Foundation, a group Vawter founded with Mehrten (his partner), Rosemary Quinn, and Marianne Weems. As part of the residency, Vawter also co-directed Queer and Alone, starring Mehrten and co-directed by Weems. Vawter died of an AIDS-related heart attack in 1994. At the time of Vawter's death, The Pomodori Foundation had been working on a production for The Kitchen titled Dark Victory, which would have starred both Mehrten and Vawter and would have been directed by writer Susan Sontag. 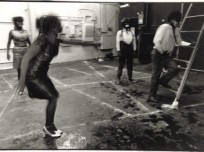 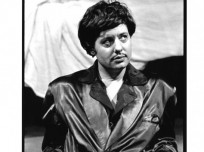