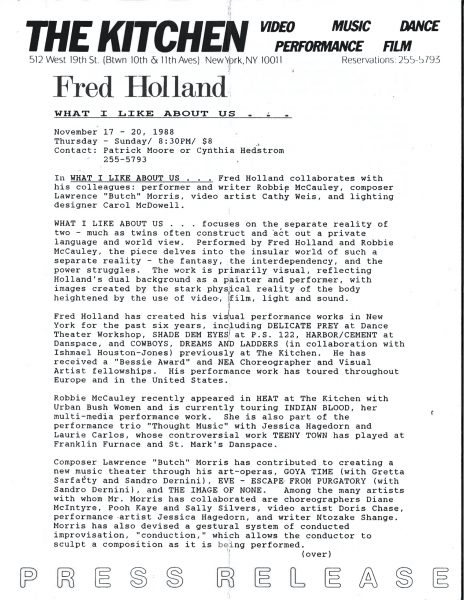 What I Like About Us was an interdisciplinary performance which took place at The Kitchen on November 17–20, 1988. The roles played by Fred Holland and Robbie McCauley were inspired by the rich inner life of non-speaking twins June and Jennifer Gibson, whose experiences were depicted in a book and TV show  titled The Silent Twins. During the performance, artists portrayed the twins’ communication mostly through cryptic gestures and by moving in unison, and they showed antagonism with the use of fire and water. The lighting design by Carol McDowell along with intermittent video pieces by Cathy Weis, music by Lawrence “Butch” Morris, and pretaped audio recordings of the Gibson twins’ writings brought forth the subjects’ active interior lives to audiences.