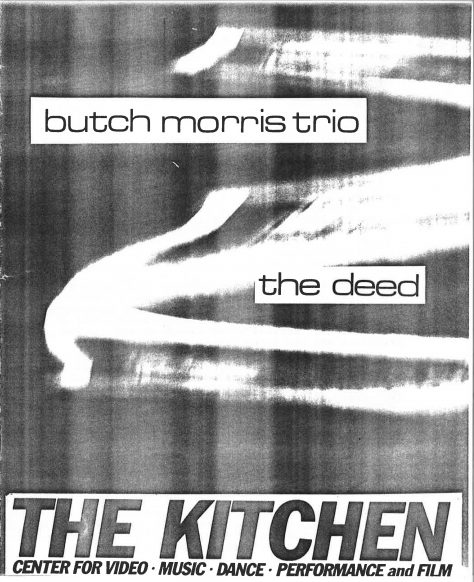 The Butch Morris Trio was comprised of Butch Morris on cornet and piano, Wayne Horwitz on keyboards, and J.A. Deane on percussion, keyboards, and trombonelectronics. Butch Morris played as part of a number of trios throughout his career, and this performance marked the second time he played with this particular combination of people, following their debut at the ARS Electronica Festival in Austria the year previous. During the intermission, the five-piece experimental, genre-fusing band The Deed, led by guitarist Andre Anthony, performed.