Scott Billingsley, later known as Scott B, is an artist best known for his collaborative film projects with his partner Beth B. Together they created seminal No Wave films including the feature Vortex produced by their production company B movies. Together they were associated with Colab and went on to create a series of super 8mm films that captured the violent themes and dark underbelly of their East Village neighborhood. On February 18. 1975 Billingsley presented the videotape Repetition Breeds Belief at The Kitchen. 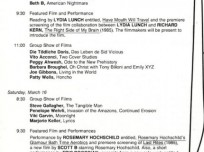 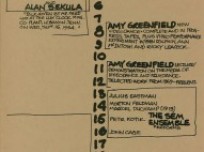