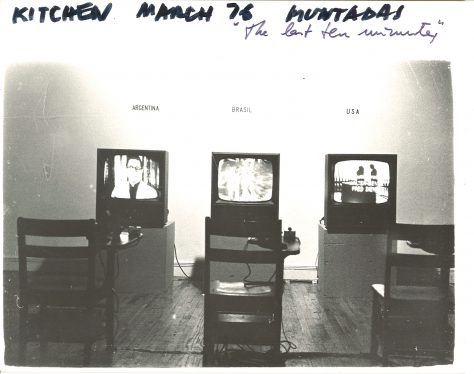 The Last Ten Minutes was part one of a two-part series of video installations by the multidisciplinary artist Antonio Muntadas. The three-channel installation presented the last ten minutes of late-night broadcast television in three cities in three different countries: Argentina, Brazil, and the United States of America. The piece aimed to exhibit the similarities between mass media all over the world, through current events, news coverage, and national symbols. Muntadas juxtaposed this footage with urban street scenes that he filmed. This early work by the artist set a tone for his future work that deals with human behavior and the media.