Richard Move is a choreographer, dancer, performing artist, director, and filmmaker based in New York City. After completing a BFA in dance at Virginia Commonwealth University, Move went on to perform internationally with many dance theater companies, including the Karole Armitage Ballet and DANCENOISE. They also worked as a go-go dancer in numerous nightclubs, eventually teaming up with Chi Chi Valenti to open the performance-oriented nightclub JACKIE 60. Move has conceived and directed large-scale, multimedia events, as well as smaller experimental works for arts organizations around the world. In Marth@, one of their best-known works, Move inhabited the spirit of choreographer Martha Graham, one of their earliest inspirations. They founded their own dance company, Move It! Productions, and the organization MoveOpolis!, where they serve as artistic director. For more information visit http://www.move-itproductions.com/ 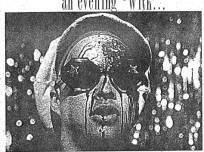