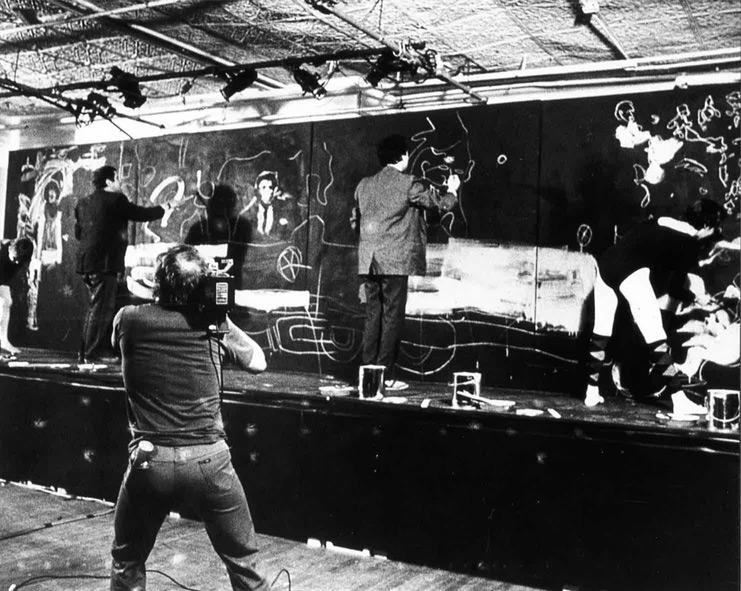 On March 16, 1984, The Kitchen presented Art Belongs to the People, a painting-in-performance by Soviet émigré artists Vitaly Komar and Aleksandr Melamid. With their backs to the audience and facing the canvas attached to the wall, Komar and Melamid instructed four Russian individuals untrained in the arts to paint an event in contemporary American history using a “carrot-and-stick approach.” In between the instructions, they lectured on history, ideology, and aesthetics, interpreting the fundamental principles of contemporary spiritual self-expression.

Art Belongs to the People was performed in Russian with simultaneous transition in English. Participants included Komar, Melamid, the four Russians, a translator, and a waiter to serve vodka to both artists and audience members.