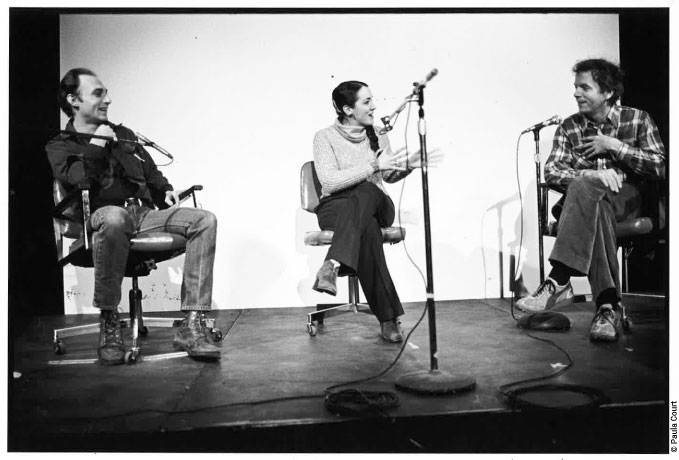 God Is Dead My Radio was a solo performance directed and performed by the actor and writer Spalding Gray, who was best known for his autobiographical monologues. After practicing for years, Gray performed with his twelve-year-old KLH table radio, intentionally skipping positive words broadcasted by the machine. In What Happened On The Way Here, Gray performed with Ron Vawter a piece that used a talk-show-like format to consider what happened to them on the way to The Kitchen. Instead of recounting chronological facts, both performances were created through chance selection of Gray’s personal memories.