Ralph Lemon (1952- ), an American dancer, choreographer, writer, visual artist, and curator, who favors the title “conceptualist” to describe his brand of work. Interested in collaboration from a young age, Lemon cofounded the Mixed Blood Theater Company in Minnesota in 1976 before moving to New York City to study first under Nancy Hauser and later with Meredith Monk. In 1985, he founded the Ralph Lemon Dance Company and proceeded over subsequent years to win numerous national awards including the National Endowment for the Arts. Lemon is best known for The Geography Trilogy, a decade-long project in performance work and writing which navigated the space between memory and history and their interactions with both race and artistic creation. Lemon demonstrated his talents in multiple media in the 2007 exhibition of (the efflorescence of) Walter, filling The Kitchen’s space with his work in drawing, painting, and video. Later, in a 2010 collaboration with Jim Findlay, Lemon returned to The Kitchen in the film Ralph Lemon: Meditation, which was the concluding event to his multi-media project How Can You Stay in the House All Day and Not Go Anywhere. 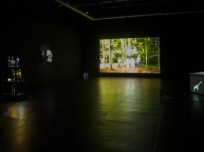 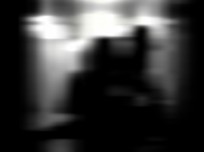