The Kipper Kids, the performance duo Martin Rochus Sebastian von Haselberg (b.1949 Buenos Aires) and Brian Routh (b.1948 Gaitshead, England), are known as Harry and Harry Kipper. They live and perform in New York and the UK. After meeting at East 15 Acting School in 1970 they began improvising together and were eventually expelled for being too experimental. They promptly began to tour and cultivated a distinct style that incorporates slapstick, improv, installation, found objects and is often situated alongside the early punk movement in California. They first performed at The Kitchen as part of the Imports Series and returned several times as audience favorites. For more information, please visit http://kipperkids.com 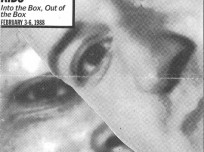