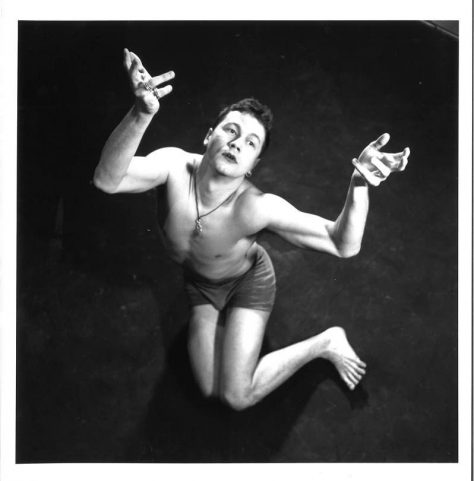 This three-night run marked the premiere of “Three Roses and a Sacred Cow,” choreographed and directed by Byron Suber. The work was based loosely on a short story, Secret Snow, Silent Snow, by Conrad Aiken, and incorporated elements of ancient culture into an abstract, fairy tale style narrative that addressed alternative lifestyles in overwhelming environments, and explored themes such as hierarchies of power and the spiritual importance of body ornamentation. “Three Roses and a Sacred Cow,” with its sparse dialogue and foregrounding of movement, marked a return to more dance-based performance after his recent experimental theater work. The lead role was danced by Lisa Heijn, and the score, composed by Melora Creager and Mark Campbell, was performed by pianist Vivian Trimble live each night.