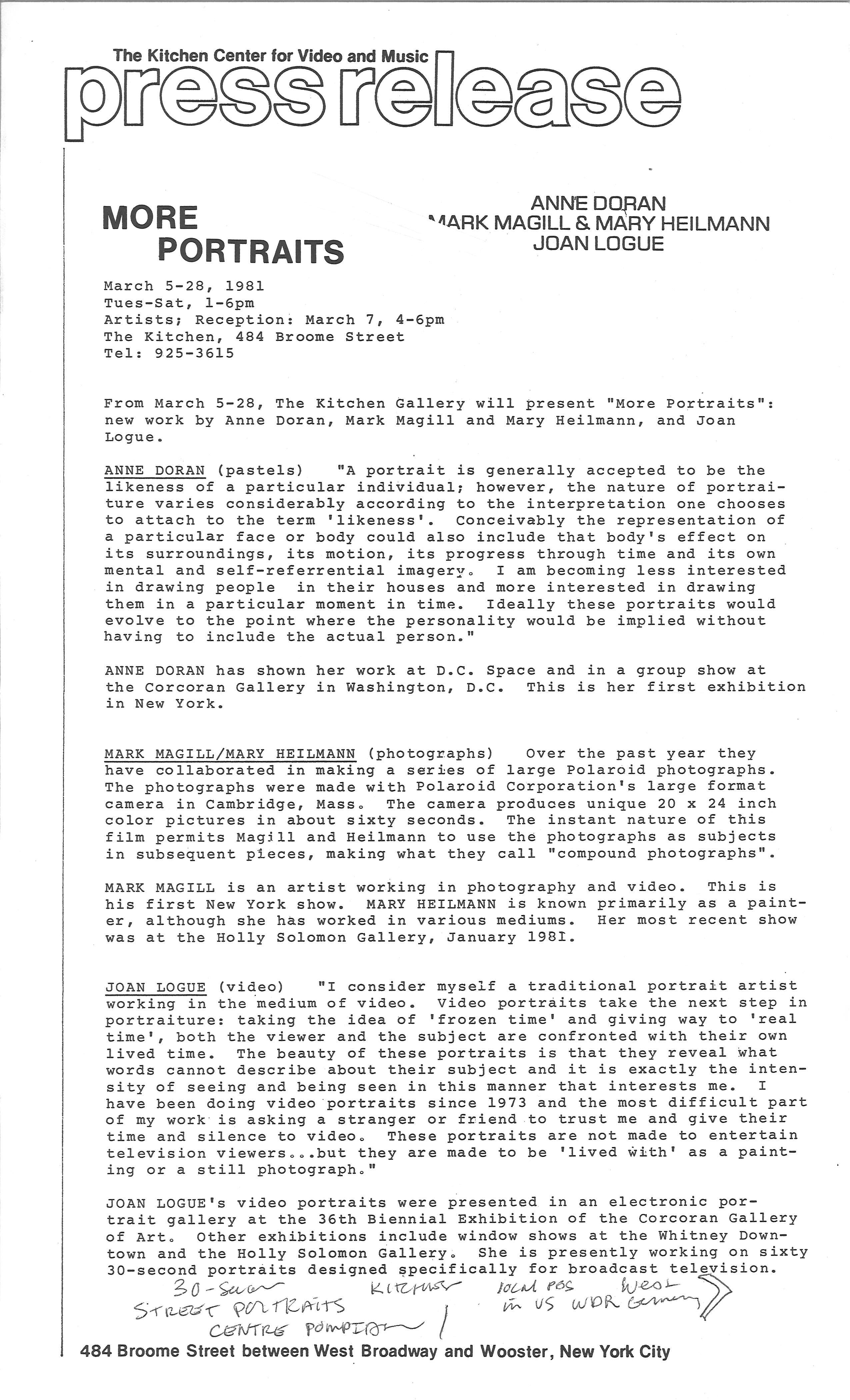 In March 1981, The Kitchen presented the exhibition More Portraits, featuring new portraits by Anne Doran, Mark Magill and Mary Heilmann, and Joan Logue. Each artist or artist duo used different mediums, from pastel drawing to photography to video, challenging assumptions about what conventional portraiture might entail. Logue, who pioneered the video portrait format, used the medium’s representation of “real time” to capture aspects of the subjects’ appearances, mannerisms, and personalities that resisted other forms of representation. Doran’s pastel works similarly investigated how to represent the subject in time, deviating from the simple depiction of physical likeness by instead depicting the body’s motions, its progress through time, and its effect on its surroundings. Finally, Magill and Heilmann shot Polaroids and placed them in subsequent photographs, creating “compound photographs” that capitalized on the instant nature of the Polaroid to create portraits in new ways.

The exhibition was well received by Village Voice critic Ben Lifson. Lifson praised Logue’s video portraits in particular, and the means with which she navigated questions of artifice, publicness, and authenticity, especially in relation to the self-consciousness that subjects usually experience when being filmed. Logue’s videos created an illusion of “stripped-down camera seeing,” highlighting the ways that even seemingly “authentic” portraits are deliberately created, and manipulated, by the artist’s hand. Still, Lifson noted how complexly each subject was actually engaged, framed, and edited.