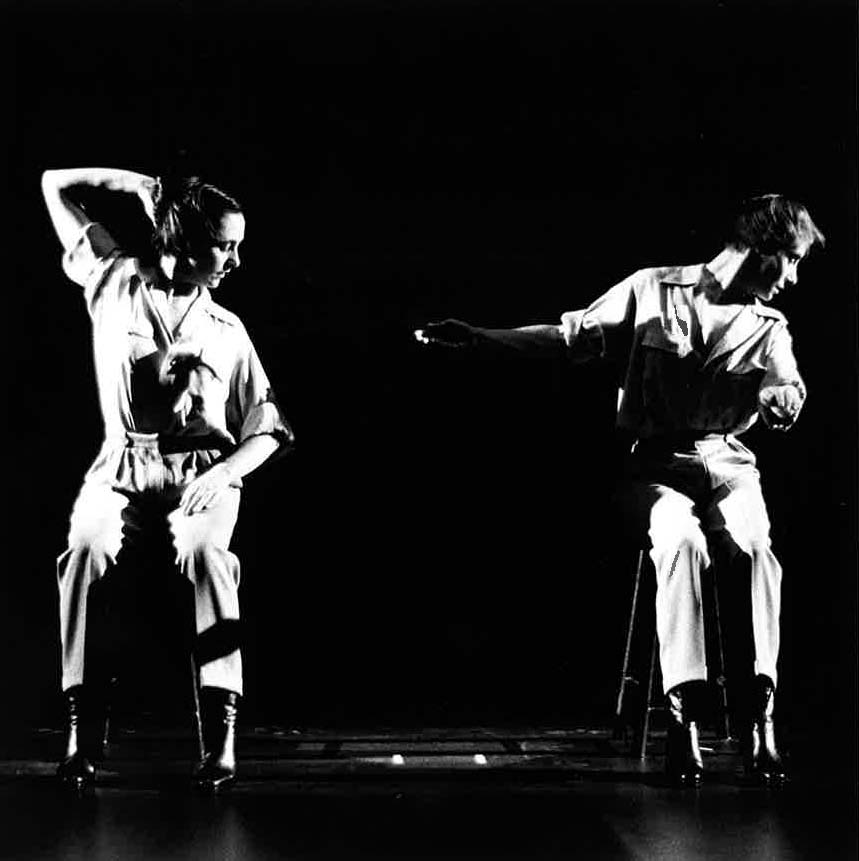 Fase: four movements to the music of Steve Reich was presented by The Kitchen in association with Rosas, a dance ensemble the Flemish dancer and choreographer Anne Teresa de Keersmaeker founded in 1983. Created in 1982, Fase consisted of movements that were set to confront the changing patterns with four of Reich’s minimalist music—Piano Phase, Come Out, Violin Phase, and Clapping Music. Eponymously named after these four pieces of music, de Keersmaeker explored the principle of “phasing” that, inspired by Reich, involved the repetitions of motions that embraced the essence of minimalism. The five-night engagement marked de Keersmaeker’s last performance of Fase, in which Violin Phase was a solo and the other three were a duet with her original partner Michèle Anne De Mey. On September 24, 1998, the performance was concluded by a discussion entitled Symposium on Collaboration with de Keersmaeker and Steve Reichmoderated by Deborah Jowitt, writer at The Village Voice.