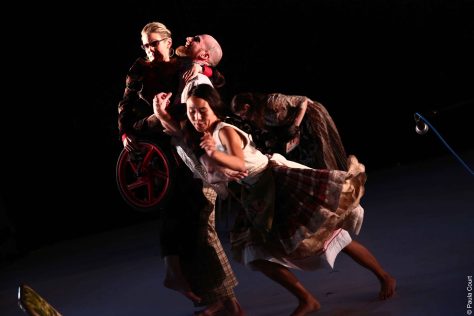 Big Dance: Short From had its New York-premiered at The Kitchen in honor of Big Dance Theater’s 25th Anniversary. Drawing from and rethinking the conventions of the repertory of the company—which was founded in 1991—this event consisted of a series of abbreviated performances, which blended dance and theater. Big Theater: Short Form presented five new distinct works, mixing solo, duets, and group pieces, and a fifteen-minute birthday party as part of the intermission.