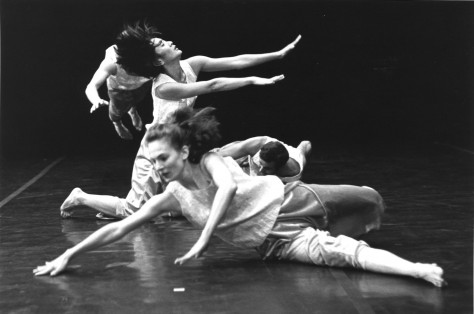 San Andreas premiered at The Kitchen and was the debut performance of the Donna Uchizono Company and went on to tour nationally and internationally.  The piece was inspired by the idea of  “fault,” as both a geological concept and the attributing and accepting of blame, and was accompanied by music composed by Tom Cora.