Pavle Vučković is a Serbian filmmaker and screenwriter, known for Bezi zeko bezi (2003), Minus (2007) and Panama (2015). His movies contain many elements of his life, depicting the influence of social networks and pornography on our lives. In 2006, his work was included in a show titled New Video, New Europe at The Kitchen. 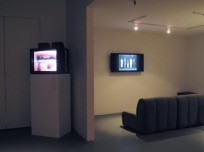