Lauren Hutton is an American model and actress. Hutton began her modelling career in New York City as a young adult, signing a modeling contract with Revlon in 1973, the largest ever contract in the modeling industry at the time. She made her film debut in Paper Lion opposite Alan Alda in 1968, and she later played central roles in The Gambler (1974) and American Gigolo (1980). In 1999, Hutton was featured on the cover of American Vogue as one of the models deemed “Modern Muses” by the issue’s title. In 1994, Hutton was a digital guest at The Kitchen’s second Electronic Cafe, Cafe Barbie. 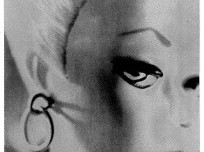