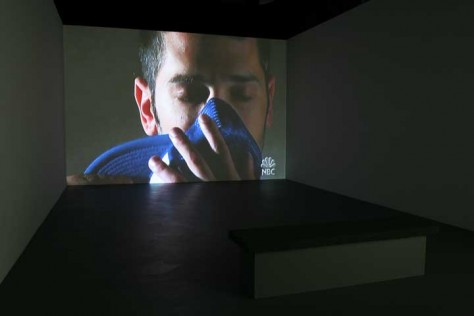 Quarry was a video installation named after an episode of the television program Law and Order: Special Victims Unit. Glen Fogel intercut scenes from the eponymous episode with his own shot-for-shot, altered reenactments. This exhibition also featured Fogel’s wall-based video sculpture, The Enemy, which altered a quote about the beliefs of Ted Haggard’s New Life Church, written before the evangelical leader’s sex scandal and subsequent resignation. This show was curated by Matthew Lyons.