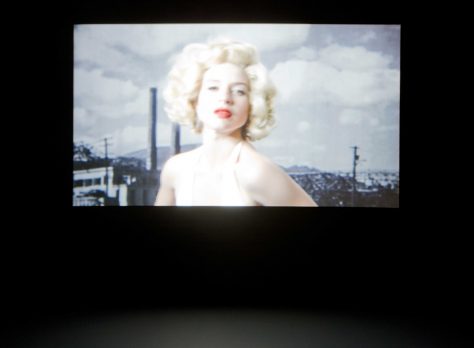 In After the Empire, Elodie Pong staged face-to-face conversations between late icons of popular culture and political history, such as Marilyn Monroe and Karl Marx, and birds. Acute visual language, articulated through metaphors, critically analyzed consumerist culture, globalization, and the precarious state of the world. In this exhibition, Pong attempted to offer a platform for the discussion of contemporary culture through the analysis of human relationships and cultural conventions. After the Empire was curated by Rashida Bumbray.