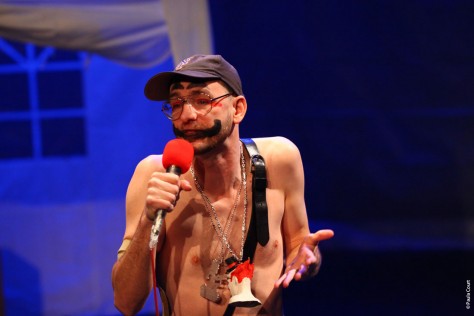 This performance was the sixth installment of Neal Medlyn's “Pop Star” series, based on the duo Insane Clown Posse, their devoted fan base the Juggalos, and other forms of male bonding.  Unlike the preceding pieces based on mainstream recording artists, this performance was highly influenced by a regional phenomenon, the Gathering of the Juggalos, ICP's yearly festival, which Medlyn and longtime collaborator Farris Craddock attended for research for this show.

View images for this event (9)