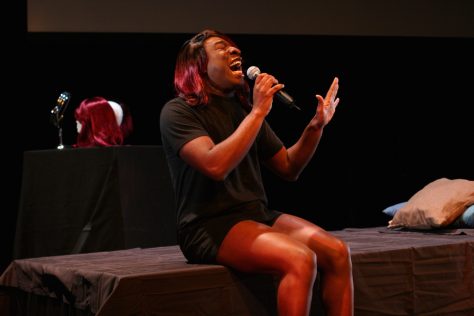 On February 12 and 13, 2009, a double bill program organized by Rashida Bumbray featured performances by Kalup Linzy and Rashaad Newsome. Linzy’s Comedy, Tragedy, Sketches of Me included video projections as well as the artist performing various musical and monologues. Newsome’s Shade Compositions was a composition commissioned by The Kitchen and featured sound and video mixing, with a live chorus of over twenty Black women.