Tai Dang is a Vietnamese performance artist whose site-specific works explore the outdoor spaces and derelict sites of Manhattan. The Kitchen is among the more conventional venues in which Dang has appeared, presenting Waiting for Juliette in Spring 2001 as part of The Kitchen's [2/2] project. Summoned to numerous locations across the United States and Canada, Dang has developed an accompanying practice in photography in order to capture the scope and beauty of his travels. Performing since 1987, Dang has been the recipient of numerous fellowships and grants in support of his work from institutions such as the Lower Manhattan Cultural Council, the New York Foundation for the Arts, and the Asian American Arts Center. 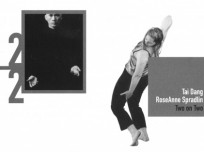