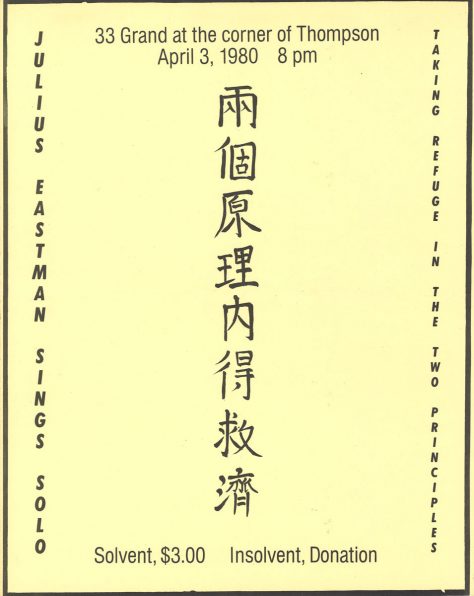 This concert for solo voice by Julius Eastman was held at Jeffrey Lohn's loft at 33 Grand Street. Illuminated by a single light-bulb, Eastman sang texts that he had written whose central statement was "I take refuge under the umbrella of two principles—Universality and Impartiality." The music, which reviewer David Garland described as "relentless," demonstrated Eastman's full vocal range, as well as his significant control with quick grace notes and dynamic shifts.