Polly Motley is a dancer who has been working in the New York since 1974. Her performances relate to the environment, architecture, and aesthetics of each site. She is interested in exploring the combination between contemplative awareness and raucous action. She has collaborated with a number of downtown artists including Simone Forti, Steve Paxton, Dana Reitz, Molly Davies, and others. Motely has performed at The Kitchen throughout her career, and in 2002 she presented an intermedia installation titled The Mirror of Simple Souls, which featured collaborations with Molly Davies, Anne Carson, and Fred Frith. 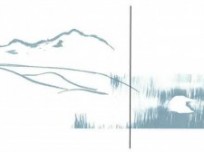