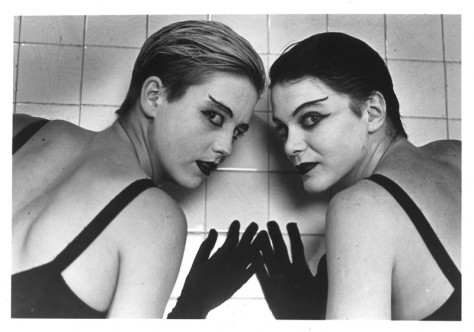 In October of 1990, The Kitchen presented the premiere of When Women Had Tails, DANCENOISE's “tragic-romantic-thrill-comedy,” starring Richard Winberg, Gina Varla Vetro, and Ken Bullock. Parts of the show were inspired by Samuel Beckett's Waiting For Godot. The show also included original music composed by David Linton.