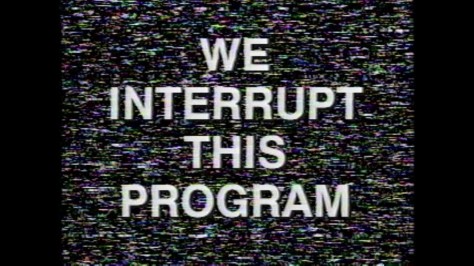 For the third annual “Day Without Art,” The Kitchen in collaboration with Visual AIDS organized an hour-long performance to be aired live via satellite from 3–4pm on December 1, 1991. Directed by Charles Atlas, the broadcast included performances by DANCENOISE, Richard Elovich, Karen Finley, Bill T. Jones and Estella Jones, John Kelly, Lavender Light, and Robbie McCauley, as well as footage such as commercials and news clips that related to the AIDS crisis. Broadcasted through a partnership with Deep Dish TV, the program aired on local TV networks and at downlink sites that hosted in-person screenings. This distribution network made We Interrupt This Program available for individuals across the country to watch in both public and private spaces, from museums to living-rooms.

A link to the broadcast can be found here.