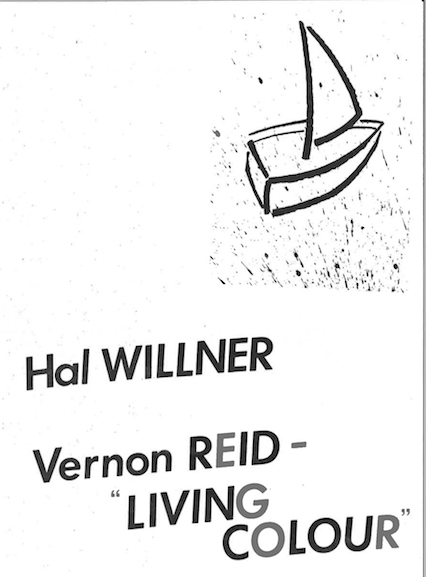 This double bill was part of The Kitchen’s It’s Not the Meat… music series, which took place in February 1987. The record producer Hal Willner presented a variety of comedic, visual, and audio outtakes from music that he had not himself produced. The selection was edited by Gregory Fleeman, who was known for the humorous rock songs that he had created as part of Gregory Fleeman and The Fleewomen. For the other half of the bill, Vernon Reid played guitar as part of Living Colour, alongside Cory Glover on vocals, Manuel Skillings on bass, and Will Calhoun on drums. This formation of Living Colour had been established in 1986 and saw the band receive critical acclaim for the album Vivid the following year.