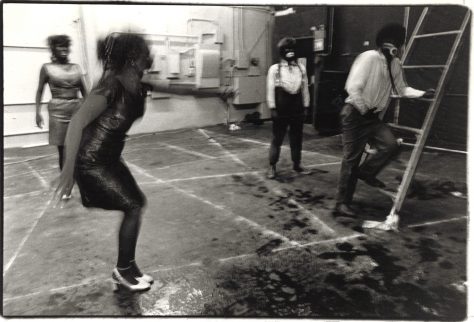 Route 1 & 9 by the Wooster Group was performed at The Kitchen as part of a retrospective of the experimental theater group. Co-sponsored by The Kitchen, the production was a revival of Route 1 & 9, which originally premiered in 1981, and was the first in the Wooster Group's trilogy The Road to Immortality. The piece was met with much controversy, inciting debates about racial stereotypes and artistic freedom. Directed by Wooster Group founder Elizabeth LeCompte, the experimental theater piece blends different elements including theater and video.