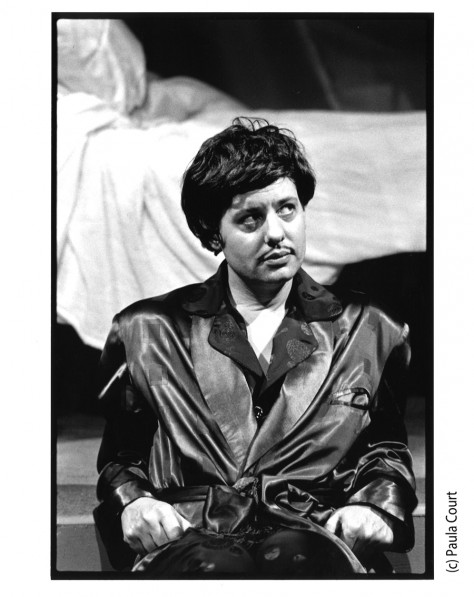 Ron Vawter and Marianne Weems’s stage production of James Strahs’s 1987 novel Queer and Alone was presented beginning on October 21 through November 7, 1993 at The Kitchen. Earlier that same year, the pair had performed a piece together at The Kitchen titled Roy Cohn/Jack Smith. This production of Queer and Alone marked the beginning of a three month long Kitchen residency by Vawter and Weems.

Queer and Alone was a 75-minute long theatrical performance, mostly consisting of monologue, centering on main character and narrator Desmond Farrquahr. With occasional appearances by minor characters, Farrquahr tells stories from a hospital bed about his experiences on a sea cruise from Europe to Hong Kong. Farrquahr often comes off as racist, xenophobic, mysoginistic, and narcissistic. Because Farrquahr is an unreliable narrator, the audience is forced to question the accuracy of his interpretation of the events he experienced.