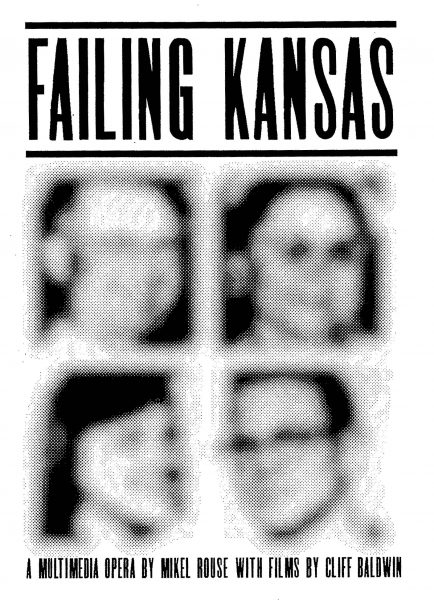 Failing Kansas was the first opera of Mikel Rouse’s trilogy that ultimately consisted of Dennis Cleveland (1996) and The End of Cinematics (1997). Inspired by Truman Capote’s In Cold Blood, Failing Kansas considered the murder of the Clutter family in Holcomb, Kansas. As the story progressed, different vocal relationships entered to connect the themes of religion and social justice. Along with this premiere at The Kitchen, Rouse introduced the term “Counterpoetry,” which he defined as “the use of multiple unpitched voices in strict metric counterpoint,” in Failing Kansas.