Mikel Rouse is a New York-based composer, who is best known for his operas including Dennis Cleveland. He has been associated with New York City composers such as Glenn Branca, Kyle Gann, Rhys Chatha and others whose work has been described as totalism because of its relationship to minimalism while employing multiple, simultaneous tempos. During his study at the Kansas City Art Institute and the Conservatory of Music at the University at Kansas City, Rouse formed his band Tirez Tirez. The band continued performing in New York City after Rouse relocated there in 1979, went on to perform until 1987. When in New York City Rouse studied African and other World Music as well as the Schillinger Method of Composition, while also forming a contemporary chamber ensemble called Mikel Rouse Broken Consort. With Broken Consort, Rouse worked on his new rhythmic language in the context of rock-based instrumentation and produced numerous recordings such as A Walk In The Woods (1985). Inspired by Truman Capote’s In Cold Blood, Rouse directed his first one-man opera, Failing Kansas, in 1995. The debut of this work led to an emerging technique Rouse called “Counterpoetry,” which refers to the use of various unpitched voices in counterpoint. In 1996, Rouse premiered and directed his celebrated talk-show like opera Dennis Cleveland at The Kitchen, where singers and actors performed among the audience. 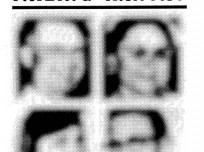 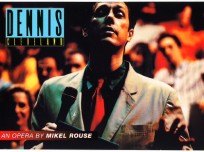