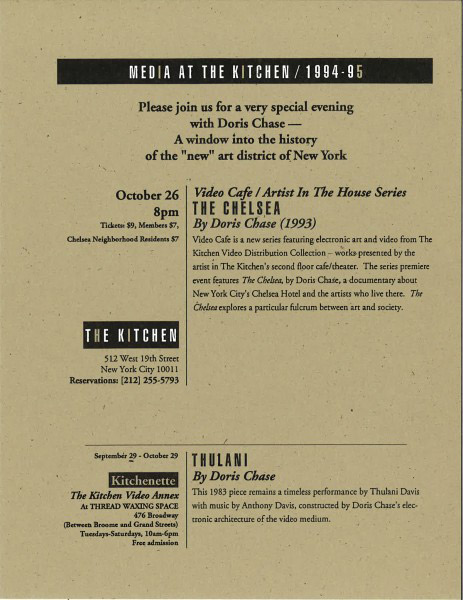 In 1994, The Kitchen screened two works by Doris Chase: The Chelsea and Thulani. The Chelsea, made in 1993, is a documentary about the Chelsea Hotel in the Chelsea neighborhood of New York City. The hotel was known for the influential community of artists who lived there. Thulani (1983) features Thalani Davis accompanied with music by Anthony Davis. The Chelsea was shown at The Kitchen on October 26th and Thulani was continuously screened from September 29–October 29.