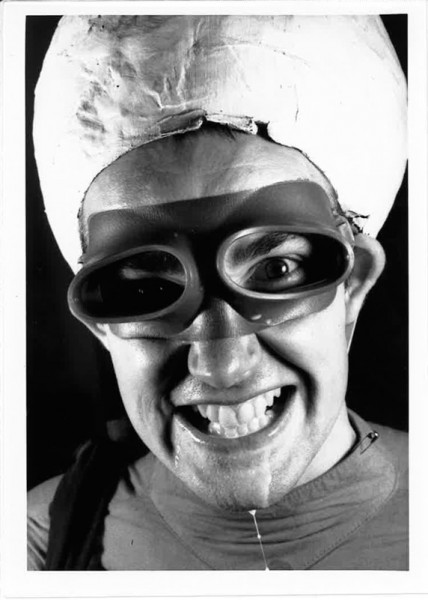 Self-Obliteration of Human Form was a 1990 performance by Stephen Holman at The Kitchen. Holman's Self-Obliteration of Human Form marked the artist’s return to the avant-garde performance scene located in downtown Manhattan—a community that Holman had helped develop before moving to Los Angeles in 1987. Holman described the evening as an exploration of “the complex web of disguises and hypocrisies that we create in order to conceal the frightening condition of humanity from ourselves,” which manifested onstage as actors dressed as bugs, animals, biblical figures, and scientists acted out the ecosystems and food-chains that make up the universe.