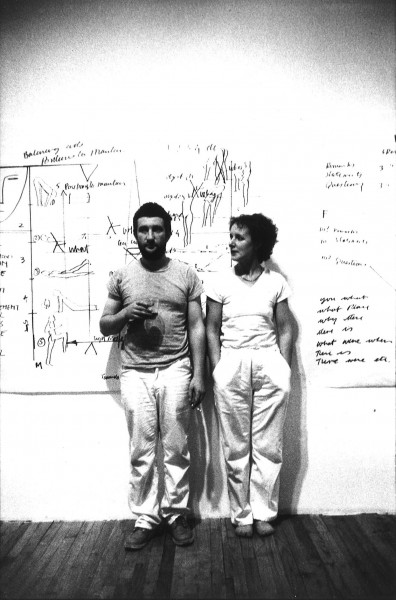 The Object of the Exercise was a performance by Bruce McLean and his wife Rosy McLean, reacting to various domestic objects through isolated body movements and absurd verbal interjections. The objects were placed individually onto chest-high plinths, which were then arranged into a circular formation to delineate the performance area. The couple would sleuth through the space, shouting desperately at a jug or performing calisthenics before a teaspoon. The choreography’s irreverence was used to underline the tyrannical triviality of objects and the superficiality of language, in context to English society of that era. The piece was part of “IMPORTS,” a series of performance events focusing on non-American artists at The Kitchen, organized by RoseLee Goldberg.