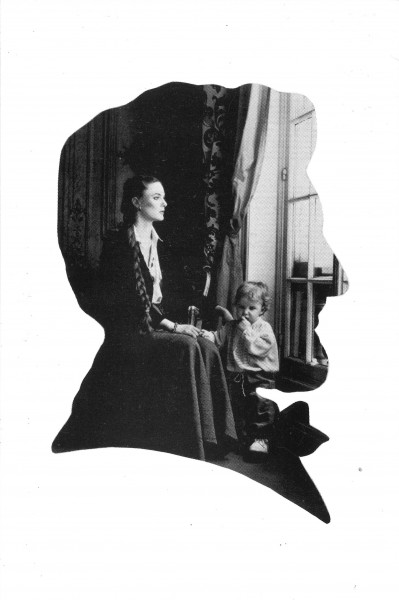 Sherrie Levine's 1979 gallery installation consisted of a single projected picture of a mother and child. The presented image elaborated on Levine's contribution to Douglas Crimp's show Pictures, which was exhibited at Artists Space in Fall 1977. Levine continued her study of the appropriated form of iconic American silhouettes, while introducing further content in the traditional picture of parent and child. The subject of the work becomes dual and ambiguous as the frame through which the audience is intended to interpret the presented image becomes part of the form.