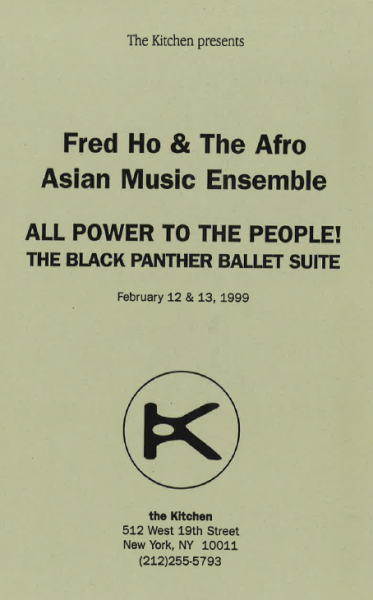 The Black Panther Ballet Suite was a multidisciplinary musical theater piece featuring a score composed by Asian-American musician and composer Fred Ho. The Black Panther Suite was Ho’s meditation on the legacy of Malcolm X and explored the ways in which the Black Panther Party’s philosophy of social justice and equality was influenced by the Chinese Revolution and Mao Zedong. Inspired by the issues and dialogues surrounding the Asian-American and African-American movements for empowerment, Ho drew connections between the traditional cultures of both Asia and Africa, as well as the socio-political histories and experiences of Asians and Africans in America, dissolving illusions of antagonism and divisions between and within minority communities and favoring empowerment and agency over assimilationist hopes of integration.