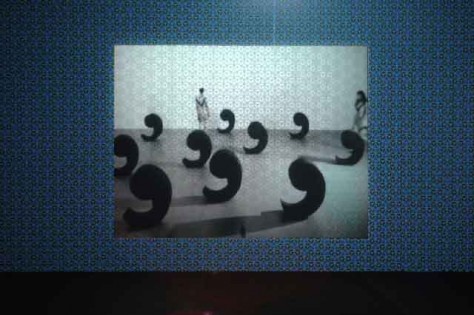 Borrowing its title from a 1924, agit-prop Russian theater work, this Mai-Thu Perret exhibition questioned consumerist tendencies thought the language and the ideals of the avant-garde movements of the twentieth century. An Evening of the Book and Other Stories was divided into two parts: a display of sculptural objects and a three-channel video projection. The latter drew inspiration from the Russian Constructivist theater of Vitalii Zhemchuzhnyi and Varvara Stepanova’s set designs. From the idea promoted by the Constructivists—namely that art has a social purpose—Perret also reflected on the function of gender in the process of art-making and her position as a female artist. An Evening of the Book and Other Stories was curated by Debra Singer and Rashida Bumbray.